This bus was the last T8H5307A produced in the US.  Actually it was suppose to be the last US build fishbowl, but Wausaw placed a last minute order to be the last.  9799 was very unusual with wood grain side walls and newer type seats.  These buses had power steering and a solid driver window.  This bus was delivered with solid windows and then later was changed to opening type.  I purchased this bus from the CTA after waiting one year.  This was an over the counter sale (very large counter) and the only fishbowl sold to a private party.  The people their wanted to see it saved.   When I got the bus, it needed work.  We drove it all the way to California at 50 MPH but surprisingly, not many problems. 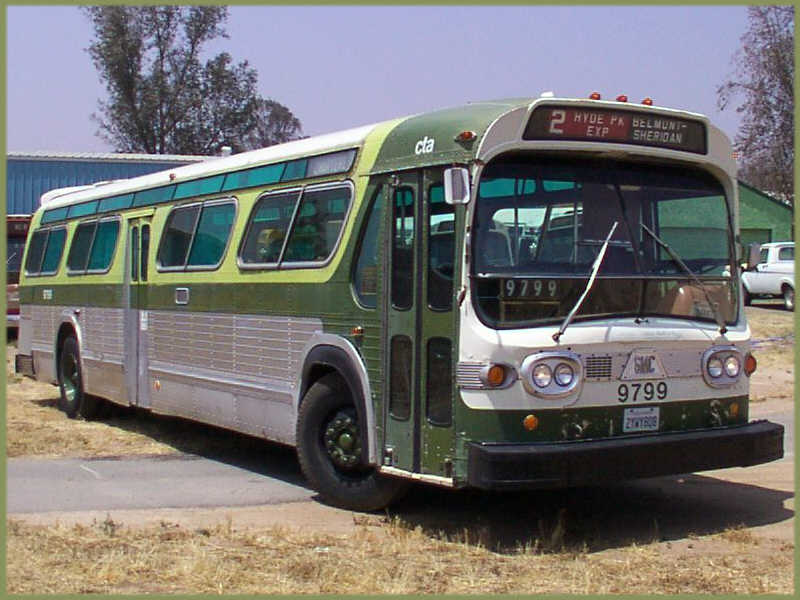 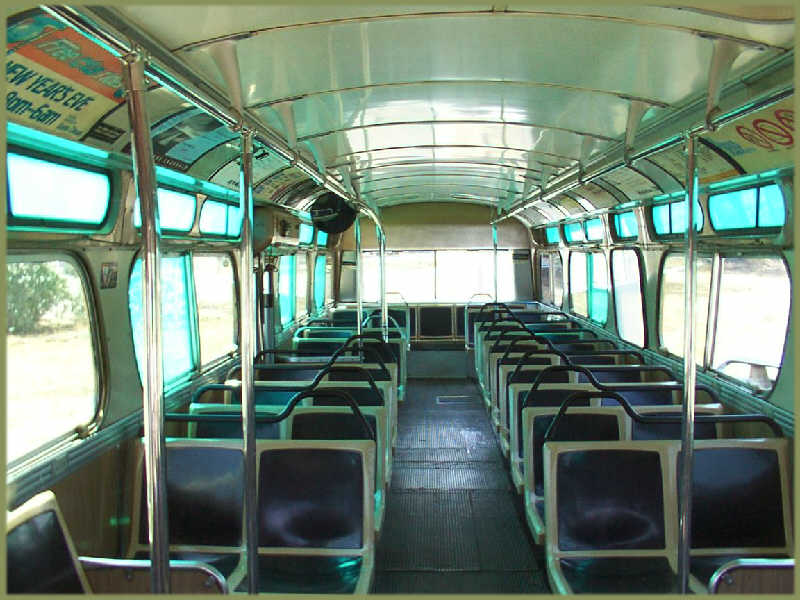